Testing plays a vital part in the life cycle of software development and excluding it from the process is impossible! In order for an application to meet its goal, testing is a must. Test-driven Java development ensures the code is error-free and capable of optimal performance even in high load and traffic cases.

Java software development services that use this approach have much to offer their clients. First, let us explain what actually is test-driven development.

What is Test-Driven Development?

This approach to Java development makes sure the code as a whole is written in small sections at a time. Providing an opportunity for code to have relatively fewer errors and bugs that could comprise the application.

Steps for test-driven development include:

Test-driven development does have many advantages for investors looking to utilize this technology. It might sound like a long, time-wasting process. But at the end of the day, its advantages help you in more ways than one.

These are some of the advantages of adopting test-driven development:

Let’s explain how these advantages appear in the practical world. Suppose a developer has written some code and when he compiles it, there will probably be some errors.

So to summarize, test-driven development for Java has the following benefits for investors:

Test-Driven Development with Java will require tools to make the process that much easier for you and your developer. These tools assist and improve the design and implementation of the software system.

A unit is the smallest portion of code that can be logically isolated from a software system. These units can be a function, method, property, or subroutine. JUnit is a unit testing tool that applies to the Java programming language.

Every Java development company ought to use JUnit. It is also an important part of the unit testing frameworks collectively known as xUnit. This framework is crucial for making sure that code is error-free before it is implemented.

Advantages of JUnit for Unit Testing

Unit testing may require developing your project in small steps, but there are long-term advantages to this path. These are some advantages of using unit testing during coding.

Imagine if your developer only starts to run tests only after writing all the code. The process of finding errors and correcting them will take a long time!

Not to mention, your developer will not be in the state of mind he was in while writing the code. This would cause him to make more errors! The longer your developer spends correcting the code, the more time and money it will cost you.

With the development of test-driven environments, the stability, and reliability of code increases. This is because each module (unit) is tested almost as soon as the code is written.

Reusing code is something developers should aim for as it offers consistency and efficiency to the code.

The JMeter tool is an open-source application capable of measuring software performance and user behavior. JMeter is the go-to tool for testing Java web applications especially against heavy loads and concurrent multi-user traffic.

Advantages of JMeter for Performance/Load Testing

The JMeter tool has a simple user interface that doesn’t take long to be familiar with. Even beginner developers with basic skills can find their way around the JMeter application with ease.

JMeter is a popular performance and load testing tool every Java application development services company uses. This is because the JMeter application can be installed on any operating system.

With JMeter, you can create a simulation-based test. That means you can artificially create a load of multiple threads accessing your application. Ultimately, this allows you to assess how well your application performs under traffic loads.

The advantages of test-driven development are obvious. For an investor, not opting for this approach is a mistake you’ll regret at the time of application compilation. Testing as you go will have its benefits for the code and for you. 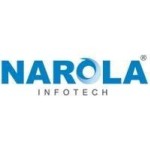 What Is OTT? Difference Between VOD and OTT?

What are the Benefits of Hiring React Native Developers?

How to Create a Progressive Web App With React

With Progressive React Applications, user input is extremely responsive. They are as quick to load and as entertaining as a smartphone app. They have access to mobile device functions, are capable of using the operating system, and have a large audience. Installability, background synchronization, caching, and offline support are all available, as are additional features like Push Notifications. Hire ReactJS developers to simply update online apps over time to make them appear and feel like native mobile apps. Also, to be categorized as a PWA, an application must check some of the boxes.

Let’s take a look at them,

What is the Point of Creating a PWA?

Businesses and technical teams should consider constructing a progressive web app instead of a standard web app. The following are some of the most persuasive arguments in favor of PWAs:

A Progressive Web Application can be built in a variety of ways. Vanilla JS, HTML, and CSS can be used independently or in combination with a framework or library. Ionic, Vue, Angular, Polymer, and, of course, React, which happens to be my favorite front-end library, are some of the popular options. Let’s see how we can hire ReactJS developers to create PWAs using the Create React App tool.

#1 Start With the Fundamentals

To get started, we need to download and install the Create React App program on our computer. Enter the following code,

The Create React App utility is now installed. When the procedure is finished, type the following code to start a new project.

Examine the package.json file once you’ve built the project to see what dependencies are included. Using the code editor, install the needed React-router, then perform a test using the npm run start command.

To make your work simpler, you can load Lighthouse, a free Chrome plugin from Google that examines a web app and decides if it is progressive or not. If your app isn’t progressive, Lighthouse will send you a list of standards that your app must complete in order to be recognized as a PWA.

The Create React App has a default service worker for caching static files, but we want to create our own. To begin, in our project’s source directory, create a new service worker file and replace the following code snippet with the name of our own service worker.

Add testing functionality to your freshly built service worker file using a default console. Make a new production build of the app and examine the console using the log(” “) command.  Lighthouse will give a higher PWA score because of the improved service worker skills.  Depending on the functionality you want, you may need to be creative and write more complex service worker code. Before we can add secure contexts, we need to increase the progressiveness of our app.

By altering the index.html file, we may show loading messages or CSS before the app starts up, allowing us to remove CSS import references from the app.js and index.js files and improve app speed.

The public directory’s Create React App tool generates a manifest file for usage in projects with minimal setup settings. The public/manifest.json file may be modified to incorporate features such as icons, installation choices, and the ability to save PWA icons on the home screen or desktop for quick access.

It’s now time to put all of our hard work into action. Many developers use Firebase to provide React-based apps, and we would suggest it for PWA deployment as well. Set doCache to true to enable caching, then install and initialize the Firebase module.

Once the transaction is complete, enter the following code into the console to deploy your app,

The Firebase CLI tool will generate a URL for you to access in your browser. The hosting URL will be an HTTPS URL to address the issue of secure contexts. You are done after one more run with the Lighthouse tool! Your PWA score should now be 100.

You now know what PWAs are and how to create one with ReactJS now. This article can assist you in rapidly adding a great asset to your business, that is, a REact PWA. All you have to do next is to hire ReactJS developers with high proficiency and experience to create a top-notch Progressive Web Application for your business growth.

What Is an Ideal Mobile App Development Process? 7 Easy Steps to Follow

Understand the Advantages of Hiring the Top Magento Developers

Know the Advantages of Hiring the Top Magento Developers

How to Create a Progressive Web App With React

How Does Feedback & Product Iteration Amplify The Product Development Lifecycle?

Top Tips to Deal with the Unmanageable Tasks With Productivity Tool

5 Points To Consider Before Selecting A Video Communication Solutions

Best Samsung Tablets You Should Look for this Festival

Ionic App Development Over Other Frameworks

How To Create An Impressive Logo Design For Your Brand

Your Ultimate Guide To Mobile App Development In 2021

How to Install Sage 50 on a Network Manager

How To Start A Small Business With An Affordable Budget?

5 iPhone Hacks You Should Try

Where to find the best Grocery Delivery Application like Grofers?

Why it is Important to Hiring SEO Company?

What Is OTT? Difference Between VOD and OTT?

What is Mobile App Development : An Interactive Guide – 2021

What is GB WhatsApp? Is it Safe to use GB Whatsapp ?

How Nano Influencer Platforms Is Helps For Business?

How to Find Mobile App Development Company in Canada

How to Register IDM without License Key

How You Can Improve Your Existing Business App

Zoom vs WebEx – Which is better?

How To Spy On Someone Through Their Phone Camera with TTSPY

Magento Boosts Security, Performance And Visibility Of Your Site

A Brief Look Into The Intricacies Of A Binance Clone Script

How to beat the competition in taxi business? Simple strategies and tips

How to Spy on Someone’s Computer Without Them Knowing

On-Demand Mobile Apps that will Make Your Life Easy

Developing a Website for Real Estate: Tips, Tricks, and Reasons

How Can You Benefit From Machine Learning?

Highlighting the Legacy of Jacob, the Jeweler

Great News! Why Does Your E-Commerce Business Need Its Own Mobile App?

How Annotation of Medical Image Data is Done?

How To Choose The Perfect Bike For An Outdoor Activity